Come adolescence and your once well-behaved kid starts showing teenage attitude problems! Your child will be grumpy, pass derogatory comments indirectly at you, have a different attitude or may totally shut you out from their life by being frustratingly uncommunicative and secretive. No matter how hard you try to handle these situations, they will make it harder for you.

Why do I face problems with my teenage child?

Firstly, such problems are normal at this age. There are two sides to this problem. One, everything is different and new for your child. He/she now has emotions and feelings that they never experienced before. Your child is constantly trying to experiment with his new found independence.

The second side of this problem is that you are still assuming at your teenager child to be as a kid. He has been so dependent on you all this while, that you forgot that now he is a grownup.

The root of the issue is that parents treat teenagers as kids and kids look at themselves as adults which causes friction in relationships.

Where does the teenage behavior come from?

Not all teenagers are rude or disrespectful, but some disrespect is a normal part of teenage growth and development. This is partly because your child is learning to express and test out his own independent ideas. Developing independence is a key part of growing up and also a sign that your child is trying to take more responsibility. But he/she is also still learning about how to handle disagreement and differing opinions appropriately.

Also, your child can go through frequent mood swings. This is because your child may be vulnerable to certain feelings, and this can sometimes lead to over-sensitivity or grumpy behavior.

Sometimes disrespectful behavior might also be a sign that your child is feeling particularly stressed or worried. Some teens tend to burst into the world with a conflicting and radical view of everything. This shift to deeper thinking is a normal part of development too.

How to deal with a disrespecting teen?

Arguing rarely works for both parents and teenagers. When we get angry, we say things we do not mean. A more effective approach is to give yourself and your child some time to calm down. Later, you can tell your child that you want to talk, and agree on a mutual time.

Nagging is not likely to have much effect. It might increase your frustration, and your child will probably just switch off.

Sarcasm will almost certainly create resentment and increase the distance between you and your child.

Being defensive is rarely useful. Try not to take things personally. It might help to remind yourself that your child is trying to assert his/her independence. Even though you have more life experience than your child, lecturing her about how to behave is likely to turn them off. If you want your child to listen to you, you might need to spend time actively listening to her.

Your teenager’s behavior is deliberate:

As much as you think so, your teenage daughter/son has little control over attitude. They are not manipulating you on purpose or scheming about new ways to annoy you. In fact, they too is a victim — of all sorts of biological and psychological changes over which she has little control. He/she is going through a roller coaster of adolescence, and you are on the ride with her. Teenagers can experience a lot of changes differently. But it is important for parents to know that their teenagers cannot simply turn them on or off based on something we say or do.

Punishing teenagers also may help us contend with the frustration that nothing else seems to be working. But punishment, from mild (brief timeout, brief loss of privilege) to more severe (reprimands, shouting, huge losses of privileges, hitting), is not likely to make any changes in their behavior or attitude in the short- or long-term. In the case of adolescents, punishment may make the situation worse. Teenagers may simply isolate themselves even more and spend less time with the family. That will decrease the chances of a positive influence. 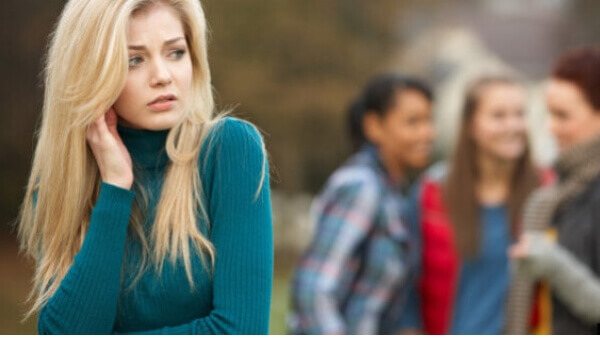 Earlier in this article, we discussed how the issue exists as parents still see their teenagers as kids while the teenagers see themselves as adults. This gap between the two leads to all the problems between the parents and the children. Right approach towards this issue can help to parent teenagers in relatively matured fashion.

1. Suddenly, your advice does not matter:

Though this might sound a little rude and harsh, the truth is, to your teenager, your advice may not matter any longer. Most teenagers face problems when their parents try and push things down forcefully.

What can you do?
Learn to face rejections. You may advise your kid on something but he may reject it outright. Do not feel disappointed because he has now his own preferences and likings. This behavior is perfectly normal. If you feel your teenager is going wrong, don’t force. Sit and communicate clearly.

So far, you were the most and the only important part of your child’s life. He/she was completely depended on you for his food, clothing, sleeping, activities and even friends. Today, they want to be independent, make their own decisions and do not want you to interfere.

What can you do?

This can be a little difficult to accept initially but even you grew into responsible independent individual years back. Now it’s your teenager’s turn. Respect and accept this fact. Be frank and honest to both yourself and your teenager. Sit and talk things out.

3. Your teenager is developing new hobbies

All that your kid did all this while was to play around the house with you. Now suddenly, your child wants to stay out the whole day and hang out till late. You even see your teenager wanting to try a hand at things like drinking.

What can you do?

While you must give him/her all the freedom, you must also set out clear rules about everything. Set a limit for late night outings; tell them that this can wait a little more before he starts drinking. You too had these phases in life. Let him enjoy most of his teenage life but monitor their good and bad habits.

What Can You Do?
You must accept the fact that your teenager’s opinion may differ from you completely. What may be wrong for you might seem right for him? You two may have totally different views about certain things. In fact, you may even have absolutely different personalities from each other. Instead of forcing your opinion onto him, simply monitor and supervise him at all times.

How to deal with teenage attitude problems:

No matter how grumpy your child gets, he still values time talking and connecting with you. You just might need to be a little more understanding if he is short-tempered or changeable. It can help to remember that this phase will usually pass. Teenage is a turbulent time and if you understand this and be patient and discreet, your job is half done. Read on to know how to deal with teenagers attitude problems:

Being the first teacher in a child’s life, parents tend to instill certain behaviors in them. However, if your teenage kid simply shrugs or rolls his eyes at you, the best way to deal with it is to ignore his impertinence and continue your work as usual. Nothing throws a rude teen off-balance than a calm and rational attitude! But if he keeps making a habit of this, you should let him know that this behavior was pretty offensive.

You have to use a little bit of tact in situations when your child continues to misbehave in spite of having been lectured a lot of times. Instead of lecturing very firmly, let them know that their misbehavior will not be tolerated. In case, he/she wants to still misbehave then you will have to take certain action against her. Sometimes the kids do not mean to be rude but they just get carried away. Once you let them know that you do not like it, they might stop repeating them.

If you find your teen crosses a line and if you really think that it is about time for them to realize their mistake, you are certainly right in giving a punishment. But do not resort to regular punishments of being grounded or taking away her mobiles, these will just instigate them against you. Instead, teach a lesson where they will learn certain values; ask them to help you with your household chores or visit an orphanage which will help, realize how lucky they are to have you and be more responsible.

Any situation can be lightened when you inject some humor in it. You can either react with anger or react with mirth. As truly said, laughter is the best medicine, you can use humor to break a very intense argument which will also help you to look at the problem from each other’s perspective. This will also help you both to cool off. But do not mock or ridicule, then that will just backfire and end up making things even worse.

Appreciation is required from time to time to boost morale. Whenever your kid performs well in any task, always genuinely appreciate him/her. This will also let them see that you do not just keep nagging constantly but also appreciate their efforts. Do not fake or overdo your praise because they are smart enough to look through you. Be precise when you appreciate. If your kid shows you her achievement, do not just say, congrats; inquire about how she came about achieving that and praise it point wise.

6. Pay attention to the good times:

Even during this phase, there are times when your teenage kid will be nice and talk regularly with you. You can decrease the bad behaviors and attitude by attending to these positive moments. That will increase the proportion of times when there is reasonable and civil behavior. Rewarding reasonable behavior through soft praises will increase the number of times it is repeated.

If you are forced to punish your teenager, keep it mild. Loss of a privilege like TV, smartphone or going out, is the most reasonable approach with teenagers. But it should be kept brief like for one day. Longer than this would not prove effective and can lead to worse side effects like an escape, avoidance, stronger emotional reactions. Punishment by itself will not make the changes you wish. But if you combine very mild punishment with much more attention, that cannot cause avoidance of you.

All this, combined with other struggles of life, may seem a bit exhausting to deal with but do not lose heart; where there is a will, there is a way! The tips given above, coupled with your willingness to be patient and understanding, will help deal with these issues. With time, everything will get sorted.