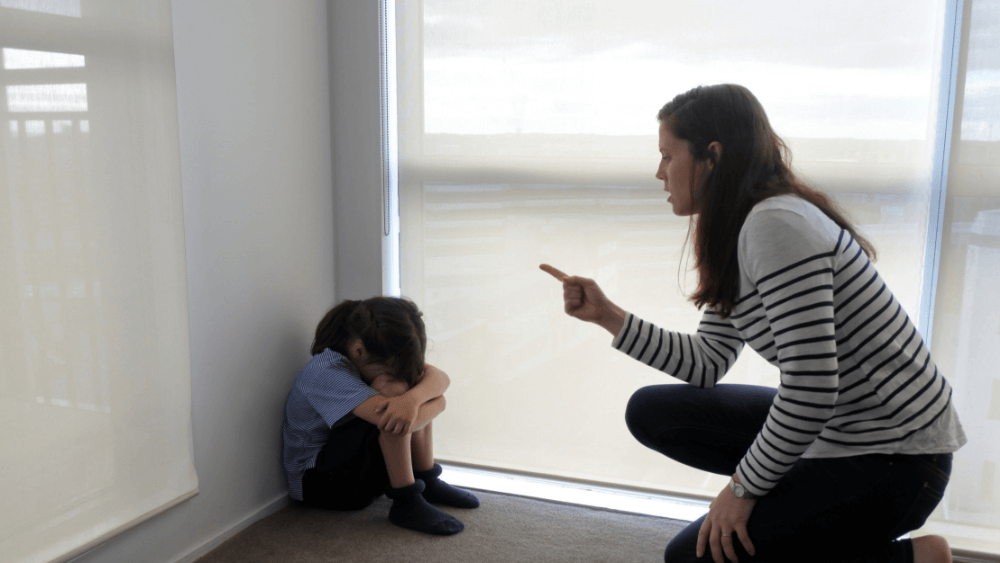 The best characteristic of a good parent is being patient and calm. Although I understand, children are tough to handle at times, yet, I would suggest to keep calm. But how? How do we control anger with kids?

Behaving strictly with children is not a solution always. It is ridiculous to think that you can teach manners to your children by being strict with them. Scolding, hitting and punishing children for doing wrong is now an old school technique.

Let me draw examples from our own experience in childhood.

We all have our own examples, how scolding or hitting has impacted us badly in some or the other way. I am sure many of us have got scolding for performing badly in maths at school or home. What are its consequences? Most of us fear Mathematics or even dread to attempt simple calculations.

Also, some of us might feel hesitant with one of our parents who have always behaved strictly with us. Have you thought why is it so? Because probably whenever we met him, he was tired and upset with his daily routine and we did a little noise in the house, fathers yelled at us. So, whenever it was time for fathers to return from office, the house had a pin drop silence. It simply created a sense of fear.

Similarly, your children will develop the same reactions to your anger, as you did when you were a child.

Signs that parents get angry with kids. -Unnecessarily yelling at your child.
-Get irritated when children make noise while they are playing.
-Behave harshly when they make small or avoidable mistakes.
-Try to dictate your terms or discipline them every time.
-Raise your hand (start beating) when they make mistakes in homework or get poor results.

How do screaming and hitting children affect their psychology?

The consequences of exhibiting anger on kids are; they become aggressive, adamant, disobedient, possessive and some extreme cases have a personality disorder. Imagine your spouse is always irritated and angry whenever around, won’t that affect you? Won’t that create a difference between you two? Same applies to children. They will create a distance from you.

For example; if you keep telling your children about how to behave in front of everyone, they might turn out to be an introvert. They will feel in whatever manner they behave, it is wrong. They will then seek for validation.

Hitting your child in front of everyone leaves a scar on them. It affects their confidence very badly. It crushes them down. Reaction- they might lose confidence to stand up in front of a room filled with people or have stage fear. Or it may have a reverse effect, where they always want to prove themselves right.

We say, ‘Failure is a stepping stone to success.’ This will seem to be vague to children who are victims of punishment when made mistakes.

Instead, they will either avoid to explore their capabilities or purposely make mistakes to show that nothing affects them.

Children who have angry parents, raise to become angry people themselves, socially alienate themselves, suffer depression or enter into an unhealthy relationship.

Is the scenario same in case of working parents?

You may or may not realize but many times in order to not make you feel angry, the child stays quiet and doesn’t share any feelings with you. Especially, parents who are working outside and are away from their home for days, weeks or months, and when you exhibit anger shout on them, a kind of invisible barrier gets created between you and your child. They feel unrelatable to you the most. And also may not connect with you easily!

How to control anger with kids?

Let’s begin with counting in descending order from 10 to 0. I would in fact also suggest a daily dose of meditation in your prescription. ‘Newton’s third law says – every action has an equal reaction.’

So if you respond in anger on your children, they will indeed react aggressively or passively (which is more harmful) because then you aren’t able to anticipate their reaction.

Hence to avoid getting angry, take a deep breathe and calm yourself first. Go and switch on the music for yourself or get a coffee and just sit somewhere quietly for 2 minutes to relax. Keep this a habit.

Figure out the pattern of your anger. What makes you feel angry the most about your children or anything? Try to disseminate whether anything from work or spouse related factor is aggravating your anger? If you are letting out your frustration on your child/children?

How to solve problems without getting angry on kids? Listen to them and understand the reason behind your child’s wrong behaviour. Sit him down and calmly tell him what is wrong and right. Try explaining him in different ways through examples or characters.

Be friendly to them. They will listen to you. As I said, listen to their problems carefully to solve it.

3. Break down the solutions and explain it to them:

For example- If the siblings or cousins are fighting to play with one toy, instead of locking them up in a room, give them an alternative solution. They can take alternate chances to play with the toy.

4. Tell them it’s fine to make mistakes but not repeat them:

For example- If they have lied to you once for any reason, first understand why have they done it. And then tell them next time if they repeat a lie, you will be unable to trust them.

Do we yell at our bosses who give us a hard time or our ageing parents who are dealing with the new technology and calling you in the middle of important work to help them? Then why do we get angry when our children do the same?

Anger only aggravates fear and differences among two people- here it is between you and your children. The expression of anger doesn’t simplify communication instead it complicates it. Your children will not understand the problem if you explain them with anger. Try staying patient and calm while explaining them what they did wrong.

Yes, scolding is required but be careful with your words while yelling at them. Your anger should not scare them, instead, they should realise you yelled at them because they did something wrong. 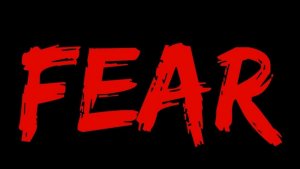 Article ContentsIntroduction:What is required to nurture a confident child?1. Why does fear happen?2. How do you respond to fear? 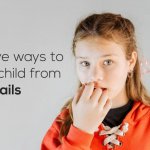 Effective ways to stop a child from biting nails