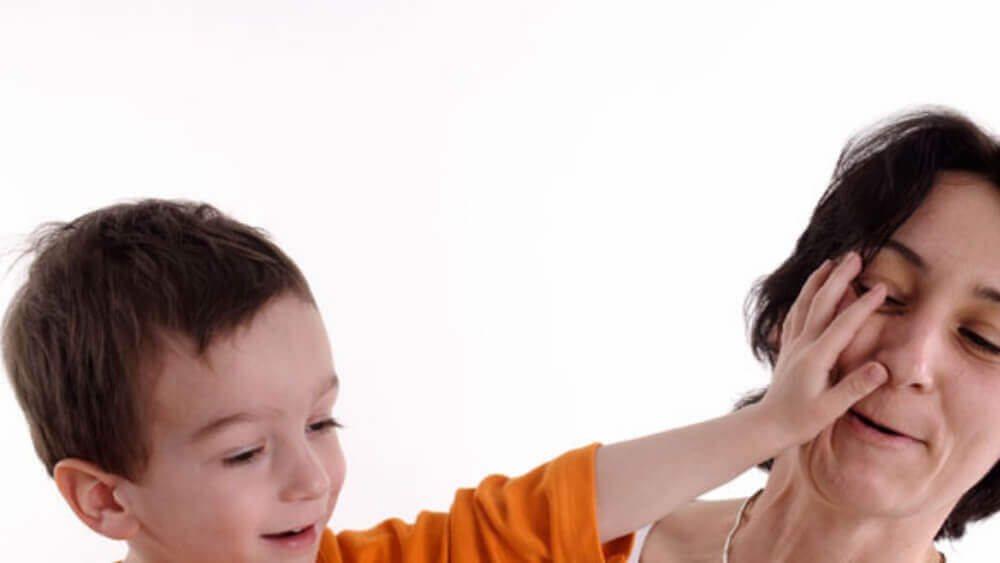 To most parents, a child’s aggressive behavior would seem like their failure to be good parents. Lashing out is also one of the behavioral problems that young children have and it is pretty common. In order to put an end to this aggressive behavior of the child, it is necessary that appropriate measures are taken to avoid something worse like a child hitting parents.

‘A child hitting parents’ – Is it normal?

The parents must know that physical aggression is a common thing seen among toddlers. Since the child is underage, he is unable to control himself. He gives in to impulses of hitting people when he gets angry even if he knows that he is doing the wrong thing.

Young children are prone to lash out and start kicking or biting when they feel anxious. As they are still developing their social skills, they lack the ability to control and channelize their anger. Therefore, they resort to violence when they feel frustrated.

What are the reasons for a child hitting parents?

Children do not have anger management skills. Thus, they usually use their hands to hurt their parents when parents do not allow them to do a certain task that they want to do. The reason why many children get angry and frustrated quickly is that they lack complete control of their surroundings.

2. The inability of communication:

Children have a very little amount of self-control. With growing up already being a challenging and stressful task in itself, children usually lose all their self-control when they take the slightest of stress. This is because something didn’t go the way they wanted. For instance, they didn’t get the food on time or they didn’t get to throw the cell phone away. And when they lose self-control, they resort to hitting the people who they depend on.

4. Want to feel in control:

Children are like all other human beings. They want to control what happens to them and what happens in their surroundings. While grown-ups can control certain aspects, almost everything remains out of the control of a child. As a result, they often resort to hitting in order to assert themselves and in order to feel that they are in control.

Children crave for the attention of their parents and usually try and get it in a positive manner. However, children are not afraid of getting attention in a negative way if it gets them some attention at least. Parents usually react strongly when their children hit them or someone else. In this way, parents start to pay attention to their children.

It is normal to feel that your child is pushing boundaries to get what he wants. Kids will ask over and over for something they want, until a parent can finally snap, “I told you no!” What is not typical is to feel that if you do not give your child what he wants, he will retaliate in a way that is harmful to, you. Intimidation is a way of frightening and compelling to do something. It may be the words, the tone of voice, or even just a look.

Yes, kids can be defiant. But when it reaches a point that your child has no respect for your authority as a parent, outrightly defying the rules of your home with no fear or concern of consequences, it is a potential sign of escalation. Many kids can be defiant without violence; however, extreme oppositional behavior can be part of a more serious picture.

3. An escalating pattern of violence:

Kids get angry, slam doors, throw things in a fit on the floor. You can probably remember a time when you were growing up that you got mad and smashed something. But you learned that this behavior didn’t get you what you wanted and possibly resulted in you having to re-buy things you valued.

But when a child or teen’s behavior continues to escalate to the point of destroying property, punching walls, shoving, hitting things near you, throwing things that almost hit you, making verbal threats, or violating your personal boundaries, this is a pattern that may indicate abusive behavior.

What to do when your child hits you?

One of the toughest tasks a parent can face is responding to their own child’s aggression or abuse. It is natural to feel torn. On one hand, it is instinctual to protect your child. On the other hand, nothing can push a parent’s buttons of anger, disappointment, and hurt like a child’s abusive behavior. Some days you may feel emotionally stronger than others. Only you can decide what you are able to follow at any given time. Here are some suggestions that can be of help:

Make sure your child understands your physical and emotional boundaries. You may need to clearly state that it is not okay for your child to yell or push or hit you. If you have said this to your child in the past but allowed him to cross those boundaries in the past without setting any consequence, he has got mixed messages. Your words have told him one set of boundaries but your actions (by accepting being yelled at or hit) have communicated another set of boundaries. Make sure your non-verbal communication (what you do) matches your verbal communication (what you say).

Assertively explain to your teen that if they hit you, throw something at you or otherwise hurt you physically, that is called domestic violence and assault. Even though you love them, you will call the police and they will be held accountable for their behavior.

Then, again, make sure your actions match your words. If you cannot follow through with contacting the police then do not say you will. This will only reinforce to your child that you make “threats” that won’t be carried out. You may choose to provide other consequences that you can enforce. If a friend physically assaulted you, would you let him borrow your car or give him money to spend the next day? Probably not.

We do not say this lightly or without understanding how difficult this can be for a parent. Some parents are outraged at a teen’s abusive behavior and have got no problem calling the cops. Other parents struggle, worrying about the long term consequences of contacting the police or unable to handle the thought of their child facing charges.

Remember, if your teen is behaving violently towards you now, there is the risk that this will generalize to his future relationships with a spouse, his own children, or other members of society. You are not doing him a favor by allowing him to engage in this behavior without consequence.

Parental abuse is a form of domestic violence. It is a serious issue and needs immediate attention and intervention. Domestic violence has traditionally been characterized by silence. As hard as it is, break that silence. Get support from family or friends or anyone you think will be supportive. If your natural supports tend to judge you and you are afraid it will only make the situation worse, contact a local domestic violence hotline, counselor, or support group.

If the child would see you hitting or spanking him or any other child, the child would consider violence a good tactic automatically. If one of your children is very violent, then it remains a good idea that if you want to spank one of his brothers, you should not do it in front of the other child.

The road to a healthier relationship with your child will very likely take time. There is no shortcut or quick fix. It starts with an acknowledgment of the issue and accountability.