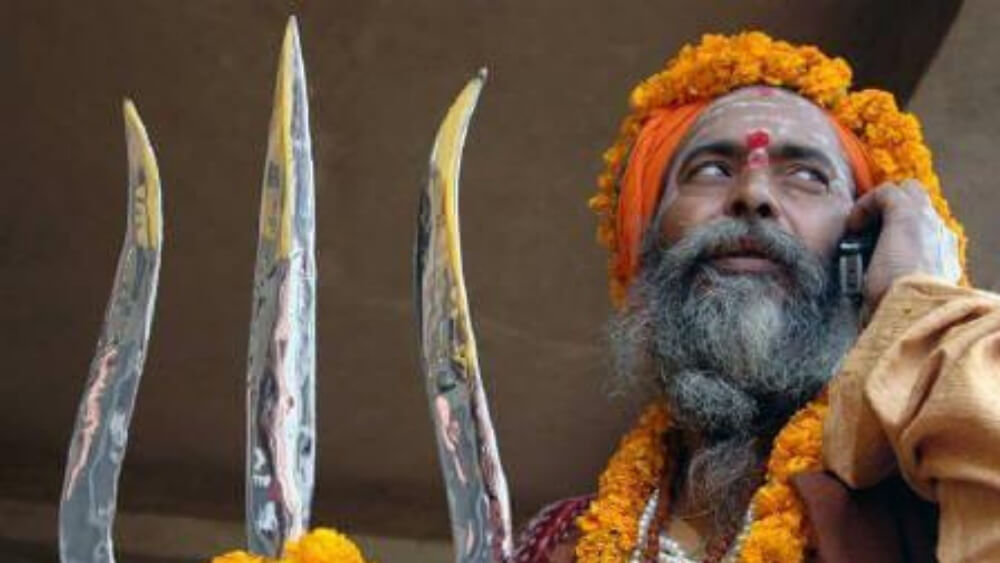 However, the parents of my students have very very high regards for me. My presence would mean a lot to them. Hence, I went to the pooja. The reason for me going to the pooja was not Bhakti but Empathy.

I saw somethings comical. Almost half the people there, were brandishing their cell phones in their hand. A few were smiling as they chatted on the phone. A few more looked completely out of place. It was clear they were there for formality and would disappear the moment an opportunity presented itself. I waited there for over 20 minutes and could clearly see at least 3 people who did not even look up from their phones even while the Bhajans were on.

While most people were involved in Pseudo worship, the person who was working the hardest was the house maid. Even as she was doing her chores, she was singing the bhajans. Wow! Awesome! There is at least ONE devotee here, I thought to myself.

Then I saw something horrible that made my blood curl. As the aarti platter was taken around by my students daughter, she intentionally avoided the house maid. As she came to me, I nudged her towards the house maid who was looking expectantly.

The child looked at me in the eyes and said, “Mumma has said NO for the maushi (the house maid)”. Taken aback, I raised my eyebrows asking, “Why?”

The innocent child replied, “Her friends will not like it”.

I was moved. She moved on.