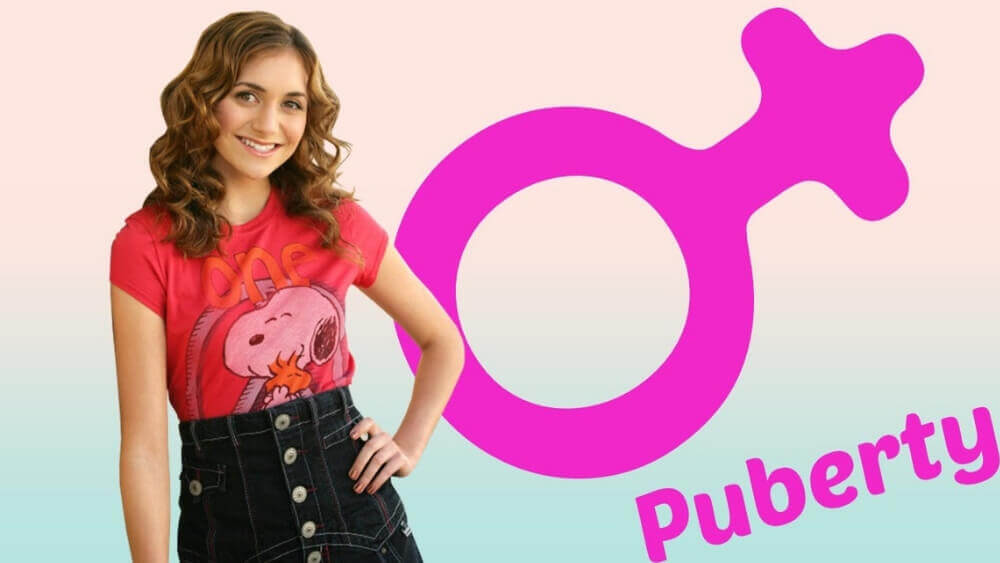 Adolescence is known as the age of stress and strain. This is the period between childhood to adulthood and is a time of dramatic physical, cognitive and social changes for an individual in both girls and boys. One of the stressful parts of adolescence is puberty in girls. It generally marks the beginning of adolescence and is complete when girls experience their first menstrual period.

Nearly all the organ systems in the human body begin to grow and develop after birth. However, the reproductive system remains inactive for several years. During this period, the brain secretes very small amounts of reproductive hormones (gonadotrophins), preventing any sexual development from occurring.

When girls reach the age of about 9-10, a surge of reproductive hormones is secreted by the brain, activating the reproductive system to prepare it for adult function. This surge is generally referred to as the onset of puberty and leads to the beginning of adult sexual life. Two hormones crucial to normal reproductive function are luteinizing hormone (LH) and follicle-stimulating hormone (FSH). The levels of these hormones increase gradually from the ages of 9-12 and then more sharply during the early teenage years.

Puberty is a very stressful and awkward phase of life as we do not understand the changes happening in our body and how to accept it. Knowing different stages of puberty and the beautiful transformation that it finally brings to your body can help you make it less stressful and awkward for your children.

Stages or signs of puberty in girls 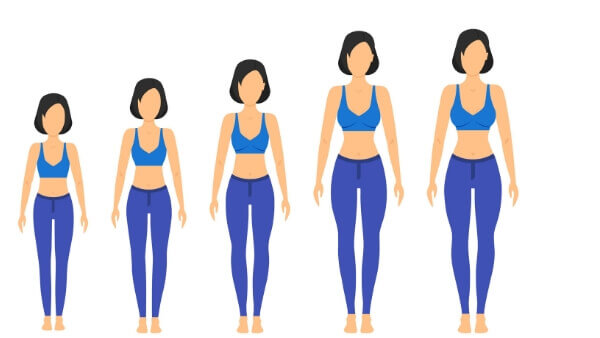 One of the first signs of puberty in girls is growing faster than they did during childhood. This is known as a growth spurt. First, the feet and hands start getting bigger. Next, the arm and leg bones grow, making your child taller. She may gain some weight to match the increasing bone size. This may be an awkward time until the rest of the body catches up but once it does, the body will be more proportional.

This is another early sign of puberty in girls. At first, it feels like little buds or swelling under the nipples. After that, the breasts will gradually get bigger and may sore a little. Wearing a bra will be important so that your daughter can have proper support for the breasts. It is important that you explain to your girl to remember that every girl is different. How large or small the breasts depending on the physical genetic traits in the family. Full breast development typically takes 2-3 years.

3. The growth of pubic and underarm hair:

Hair begins to grow and proliferate around the pubic area and under the arms. Oil and sweat glands also form, especially in the underarm area. Androgens, which are a class of hormones that includes testosterone, are secreted by the ovaries, causing these changes. These androgens also stimulate the sex drive in both males and females. Women secrete relatively little androgen compared to men.

The sweat glands become larger and more active, causing girls to sweat more during this time. This may be one of the earliest signs of puberty in girls, even before breast development. Once this happens you will want to wear an antiperspirant/deodorant to help reduce sweating. 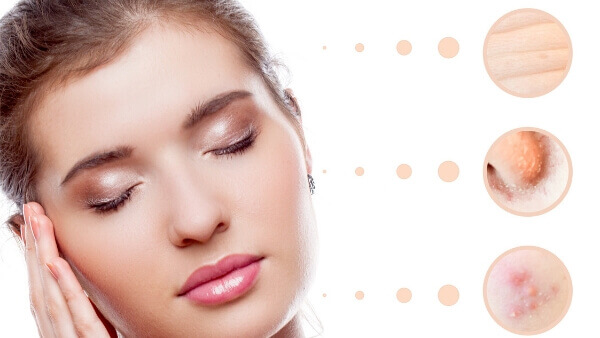 During puberty, the pores in the skin produce more oil, especially on the face. This can cause acne. Girls may have to wash their hair and face more often now. It would be a good idea to create a daily skin care routine to meet the needs of the changing skin as they go through these puberty stages.

Discharge is a clear or cloudy fluid produced by the body to moisten and cleanse the vagina. Before starting with the period, yellow or white stains might be noticed inside the underwear. This is natural moisture from the vagina. It is perfectly normal and is one of the stages of puberty in girls, a sign that menstruation will likely start in six to 18 months. Sometimes, vaginal discharge can become white, clumpy, thick or milky. In this case, it might lead to a yeast infection. Ensure you are approachable enough for your child to talk to you if she has any questions.

The first menstrual period, also known as menarche, marks the end of puberty. The average age of menarche has declined over the past decade and is now about 12 years of age. This is thought to be due to improved nutrition. Attaining menarche does not necessarily mean that a girl is fertile as the first few menstrual cycles are not likely to result in the release of an egg (ovulation). Ovulation generally begins to occur regularly about a year after menarche.

Puberty can bring along many questions and concerns in a girl’s mind while going through it. These are the five common puberty concerns in girls which is better clarified to make it more easier for them.

1. Breast buds are not cancer:

Breast cancer awareness has made such great strides that even little girls know that lumps in the breast are concerning. Many young girls have had family members with breast cancer, and they worry that their own breast bud is also cancer.

Vaginal discharge begins soon after breasts begin to develop; it is the way the vagina cleans itself, and it is something that all girls and women have, even though they don’t usually talk about it. It can be irritating to the sensitive vulvar skin until the hair feels so it will be helpful to know how to manage it.

3. Emotions come from experiences, not hormones:

As girls enter puberty, help them get in the habit of naming their emotions and identifying what triggers them. This is a valuable skill that will help them throughout adolescence and into adulthood.

4. Your body is amazing:

As puberty brings on changes in body size and shape, girls need to practice trusting their body and caring for it. Help girls value their body for what it helps them accomplish. Help them normalize NORMAL and recognize that the “ideal” created by the media and fashion industry is mostly unattainable and often unhealthy.

Roles of progesterone and oestrogen:

Progesterone and oestrogen are important hormones in the development of an adult reproductive function. Levels of both hormones increase significantly during puberty, resulting in many changes to the body.

Progesterone mainly affects the uterus (the womb) to prepare it for pregnancy during the second half of the menstrual cycle. It thickens the uterus lining in preparation for a fertilized egg to implant. If fertilization does not occur, this lining breaks down and is discharged as a menstrual bleed.

Oestrogens stimulate most of the other changes associated with puberty. It changes the female sex organs from those of a child into those of an adult. It stimulates the growth of the ovaries, fallopian tubes, uterus, and vagina. Oestrogens are also responsible for the development of the breasts, ability to produce milk, reabsorption of bone, deposition of fatty tissues and thickening of the skin.

During the early stages of puberty, concrete thinking still dominates, but early moral concepts begin to appear. Sexual orientation may also develop at this stage.

Mid-puberty, abstract thinking begins to feature more prominently. Many young people at this stage still have a sense of “invincibility” akin to that during childhood. The law is still generally identified as a guide to what is right, and its morality is not questioned. Fervent ideology may also start to develop, for example in the form of religious or political views.

Late in puberty, there is the development of complex abstract thinking and the identification of differences between law and morality, leading to questioning of the law and authoritative figures. Personal identity is also further developed.

The onset of puberty before the age of 8 generally defines precocious puberty in girls. It involves early physical changes of puberty, as well as accelerated linear growth and bone maturation. This can ultimately lead to a short adult stature because the bones stop growing early. Precocious puberty can occur as a result of abnormalities of the central nervous system that disrupt gonadotrophin releasing hormone (GnRH) secretion, or it can be independent of GnRH secretion.

When there are no initial signs of secondary sexual development by the age of 13 years in girls, puberty is said to be delayed. Puberty can be delayed by a number of different factors, including inadequate nutrition, chronic illness, severe levels of stress and problems with interactions between the brain and the reproductive system.

Talking to kids about puberty:

Be prepared to talk to your girl about the expected events of puberty, including menstruation, when you see the first signs of breast development, or something else.

It is best not to have “The Talk” as one grand summit but rather as a series of talks, ideally beginning when your child is young and starting to ask questions about body parts. Each time you talk, offer more and more detail, depending upon your child’s maturity level and interest in the topic.

If your child has a question, answer it honestly. If you feel uncomfortable, need answers to questions, or are uncertain about how to have these talks with your child, ask your doctor for advice.