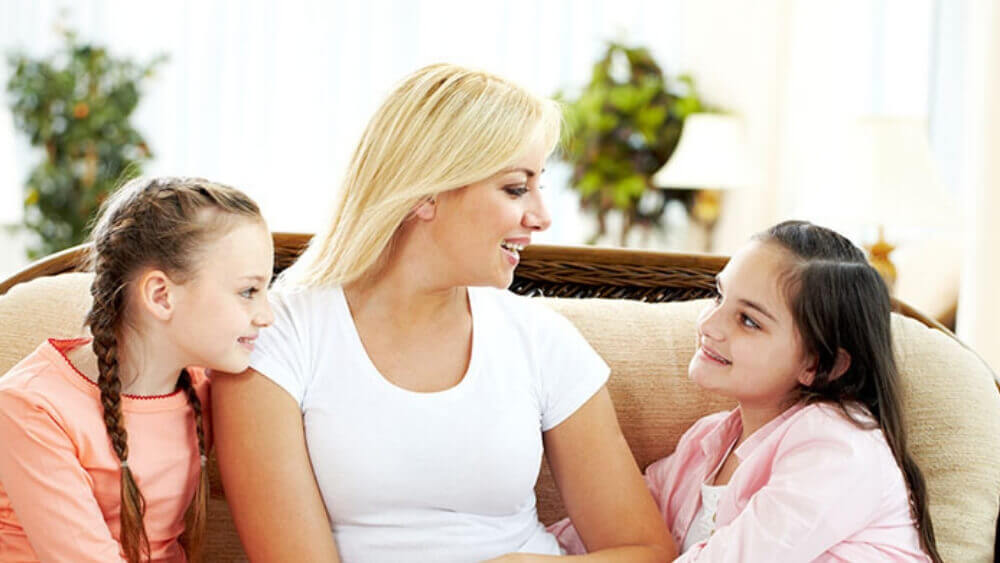 Being social individuals, one of the primary goals of parenting, ever since the beginning of human civilization, has been – Moral development in children.

Morality is defined as the “recognition of the distinction between good and evil or between right and wrong; respect for and obedience to the rules of right conduct; the mental disposition or characteristic of behaving in a manner intended to produce good results.”

Moral development is the process through which children develop proper attitudes and behaviors towards other people in society, based on social and cultural norms, rules, and laws.

Stages of moral development in children:

Infants cannot moralize. Their sense of right and wrong depends on their feelings and desires. After being for nine months in the mother’s womb, a baby expects the nurturing to continue. As a result, their sense of rightness depends on whether or not their needs are met. Hunger and loneliness are uncomfortable feelings for your infant and does not feel right. Being attended, cuddled, and fed feels right, while unresponsiveness is scary and wrong.

At this age, your toddler realizes that others have rights and needs as well. However, he is yet to grasp the difference between right and wrong. A 2-3 years old toddler might show empathy-based guilt and moral behaviors. Depending on the actions conveyed by parents, the toddler understands obedience is the norm. Your toddler knows that it is wrong to take away a toy from a sibling only because he might land himself in trouble. While he may not understand why hitting someone is wrong, he knows that he will be punished for doing that. Your toddler tends to follow the rules to avoid punishment.

This is the age when your child internalizes family values. Since rules and norms are essential for discipline in the family, they become important for your child too.
Your child expects older people, or parents, to take charge. They understand the role of a “child” and an “adult” and expect maturity to be directed towards them. The child recognizes that actions have consequences – “If I do this, this will happen.”
Positive parental direction makes the child connected, and he behaves well. The unconnected child will do what he feels like, unless and until he does not get caught.

After the age of 7, children start questioning if the people who hold authoritative positions, such as teachers and parents, are infallible.
Your child will develop a strong sense of what he should and should not do. They would want to participate in making rules.
Children of this age develop a sense of fairness and understand the necessity of rules. They understand children have rights as well and they filter rules according to what suits them.

As they get closer to adulthood, children start to develop their own moral values, while questioning and analyzing the ones that their parents set for them. Your adolescent will expand his moral horizon and see rules as a set of social guidelines that benefit all.
They value rules but also negotiate. They become interested in what is good for society at large as they develop their abstract reasoning abilities. Your adolescent will start realizing that the decision he takes affects others around him. Your teen will want to be accepted by peers and may alter or change his values and morals.

Moral development is a complex issue that has been a topic of discussion among some of the world’s most distinguished psychologists, theologians, and cultural theorists. It was not studied scientifically until the late 1950s. Here are two of the popular theories of moral development in children.

Jean Piaget, a Swiss psychologist, explored how children develop moral reasoning. He rejected the idea that children learn and internalize the rules and morals of society by being given the rules and forced to adhere to them. Through his research on how children formed their judgments about moral behavior, he recognized that children learn morality best by having to deal with others in groups. He reasoned that there was a process by which children conform to society’s norms of what is right and wrong and that the process was active rather than passive.

According to Piaget, children go through two major stages of moral judgment – Heteronomy (up to 7 years old) and Autonomy (from 7 years onward). He also observed that a child’s moral development depends on his cognitive skills, and hence divided the process into the following stages:

Till this stage, the child is still not capable of distinguishing between what belongs to him and what belongs to the others. Hence, he wants everything for himself and is fussy about it.

In the operational stages, the child is able to see things from a third person’s perspective. He understands the importance of cooperation, reciprocity, and equality. This is when he transforms from Heteronomy to Autonomy.

Throughout the pre-conventional level, a child’s sense of morality is externally controlled. Children accept and believe the rules of authority figures, such as parents and teachers. A child with pre-conventional morality has not yet adopted or internalized society’s conventions regarding what is right or wrong but instead focuses largely on external consequences that certain actions may bring.

Stage 1 focuses on the child’s desire to obey rules and avoid being punished. For example, an action is perceived as morally wrong because the perpetrator is punished; the worse the punishment for the act is, the more “bad” the act is perceived to be.

Stage 2 expresses the “what’s in it for me?” position, in which right behavior is defined by whatever the individual believes to be in their best interest. Stage two reasoning shows a limited interest in the needs of others, only to the point where it might further the individual’s own interests. As a result, concern for others is not based on loyalty or intrinsic respect, but rather a “you scratch my back, and I’ll scratch yours” mentality. An example would be when a child is asked by his parents to do a chore. The child asks “what’s in it for me?” and the parents offer the child an incentive by giving him an allowance.

In stage 3, children want the approval of others and act in ways to avoid disapproval. Emphasis is placed on good behavior and people being “nice” to others.

In stage 4, the child blindly accepts rules and convention because of their importance in maintaining a functioning society. Rules are same for everyone, and obeying them are considered as valuable and important. Moral reasoning in stage four is beyond the need for individual approval exhibited in stage three. If one person violates a law, perhaps everyone would thus, there are an obligation and a duty to uphold laws and rules. Most active members of society remain at stage four, where morality is still predominantly dictated by an outside force.

In stage 5, the world is viewed for holding different opinions, rights, and values. Such perspectives should be mutually respected as unique to each person or community. Laws are regarded as social contracts rather than rigid edicts. Those who do not promote the general welfare should be changed to meet the greatest good for a large number of people. This is achieved through a majority decision and inevitable compromise. Democratic government is theoretically based on stage five reasoning.

In stage 6, moral reasoning is based on abstract reasoning using universal ethical principles. Generally, the chosen principles are abstract rather than concrete and focus on ideas such as equality, dignity, or respect. Laws are valid only insofar as they are grounded in justice, and a commitment to justice carries with it an obligation to disobey unjust laws. People choose the ethical principles they want to follow, and if they violate those principles, they feel guilty. In this way, the individual acts because it is morally right to do so (and not because he or she wants to avoid punishment), it is in their best interest, it is expected, it is legal, or it is previously agreed upon. Although Kohlberg insisted that stage six exists, he found it difficult to identify individuals who consistently operated at that level.

Parent’s role in the moral development of kids:

You have an active role in shaping the foundation of morality in your child and can utilize it to help your child grow up to become a considerate human being. Here are a few guidelines on how to promote moral development in children.

It is essential that your child has a clear demarcation between what to do and what not to do. Take time to explain to your child why certain behaviors like lying or hurting someone is wrong. Use this as an opportunity to teach a moral lesson to your child.

Reward a morally right behavior with positive reinforcement This encourages the child and he continues the behavior.

Children are very impressionable and mimic adults sometimes. This is why it is important to exercise kindness and compassion in the way you deal with others and your children.

Tasks like volunteering can instill a strong sense of community and the idea of giving back in your child. Working side by side with your children as you clean up parks or help out at senior homes can help your child grow into socially and emotionally skilled individual.

Conclusion:
Moral development in children is a necessary part of their growth process and can help steer them in the right direction. Children’s experiences at home, the environment around them, and their physical, cognitive, emotional, and social skills influence their developing sense of right vs. wrong. It is important that you take the opportunity to help your child understand and internalize positive and good values right from childhood.