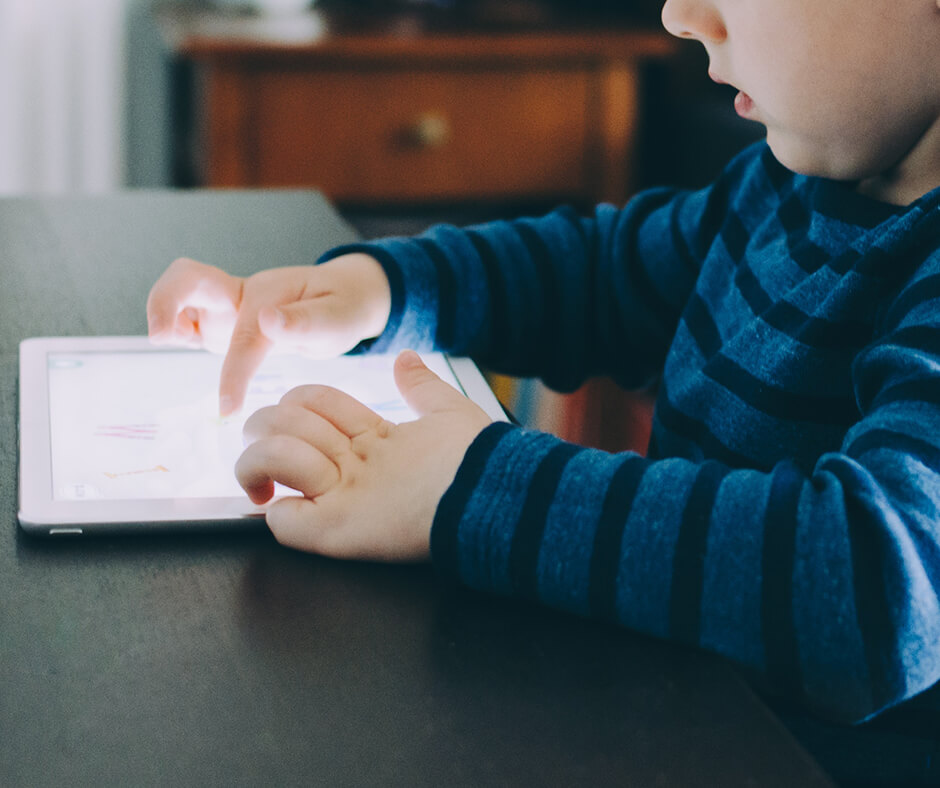 What is this ‘Digital Addiction’?

It simply means an increasing urge to spend time in front of the screen, check social media, or play games.
With the increasing number of new gadgets and offers of free internet, this new type of addiction has spread all over the world especially among the children. It is more of a behavioral addiction that substance addiction.
You might be observing this at your house. When the father is working on the laptop or is busy on the mobile, a child tries to grab the gadget, simply because of the attraction of the light.
The worry is as they grow, their demand to handle the gadgets increases rapidly. And we don’t even understand when they get addicted.

How dangerous is this addiction?

Here are some facts-
Recent reports say that children spend as much as 3 hours/day in front of the screen, may it be a laptop, mobiles, video games or Television. These three hours can actually be used for the intellectual development of the child. This way screen time is affecting the intelligence adversely.
Also, according to one research, about 61 % of people say that the last thing they do before they sleep and the first thing they do after waking up is checking the mobile. Same is the case with the children, they do not pray or exercise, but what they actually do, is check their mobiles, especially teenagers.
Reason being, they want to know the number of likes, shares, and comments on the social media posts. And if there is no increase in these numbers, it is actually adding into the depression and sadness. This is also causing insomnia among children. This is nothing else but the increasing numbers of victims of Digital Addiction.
Another research says that young users visit apps like snapchat, at least 18 times a day on holiday. In fact, 81% of people who use mobiles are found addicted to the screens.
Considering the seriousness of the issue the Korean Government actually had to make a law to curb the number of digitally addicted children.

As a remedy to this problem, South Korean Government actually came up with the act named as ‘Shutdown Law or Cinderella Law.’ It restricts the use of online video games for the children below the age of 16.
Children of this group are prohibited from paying these game between midnight and 06.00 AM.  And it is in effect from November 2011. This law is in the favor of children and to stop this digital addiction.

Increasing Numbers of Selfie-Addicts in India.

Numbers of selfie addicts is also increasing and they just lose their track of where they are and what they are doing. A shocking report states that India has the highest number of selfie-related- deaths and injuries. In India, 73 people lost their lives because of the selfie- addiction. Hence the danger of this addiction is getting severe.
This is worrisome, isn’t it?

Lack of attention to studies and other activities

A digitally addicted child doesn’t just show a decrease in their grades but also shows withdrawal from his favorite activities. For example, if the child loves painting, and if he is a victim of digital addiction, he will prefer doing the same by downloading some app and doing it on the mobile or laptop.

Feeling restless without the gadget

The major symptom, your child shows is when there is no gadget around them. Or if he/she demands mobile, seats in front of the TV immediately after they are back from school, chances are high, they are addicted. It happens because they haven’t had a chance to get their eyes on the screen during their school. Observe this sign to know if they are addicted.

This symptom can mostly be seen in teenagers. They will keep talking about the screen, what they have seen, shared or liked on social media. Or will talk about the game that they have recently played or have the highest score. They will keep on mentioning about the technology even when they are not using it.  Also, if you are trying to communicate with them they will be scrolling down the social media, and are negligent about what you talk. In fact, they will break the conversation and tell you something that they are reading. It means, they think and talk only about the ‘Screen time’ related stories.

Yes, it seems worrying, but it is true, children with digital addiction tend to have difficulty falling asleep. Improper sleep habits can hamper the health of the kid, their concentration levels and their thought process too. This can also lead to the forgetfulness.

Hence, if you find any or most of the above symptoms in your child it is a red alert for you to take necessary action.    Just like any other addiction, it is best to control digital addiction at the earliest
But the biggest challenge is…

How to Disengage Kids from Digital Addiction?

No Gadget Zone in the House

There has to be an area or a room of the house which can be labeled as a ‘No Gadget Zone.’ It can be a bedroom, a study room or a dining area of your house. Even the parents should not carry their mobiles in that zone.

Another simple way is to limit the time your child can access the gadgets. It can be easily done with the toddlers. Tell them how many songs, or videos or the duration of the game they can play on the mobile. This way you can also teach them the discipline. If they crave for more, warn them that you have given the mobile on condition and they had agreed, so they must return it. This way you can limit their usage of the gadgets.

Sit with your child, watch something funny with them, laugh together and this can also strengthen the bond. You can then let them have the gadget with the timeline. But, do keep a track of what they are watching when they are alone.

Parents are the only ones know the interests of the children. Try and replace their screen time with their favorite activity. Such as painting, playing board or cards or reading an inspirational book together.

Declare a no gadget day in the week

You can decide a day in a week, let’s say, Sunday, as a no gadget day of the week. This day will bring a huge difference in your bond as well. A day without gadgets will teach your child to connect with real people than cyber people.

Be a Role Model

Your child will always imitate you, even if he doesn’t listen to you. When they watch you surrounded with the technology, they also demand it. Lesser the amount of time you will spend in front of the screen, lesser will be the demand of the child for the gadgets.

No Mobiles on dining tables

Ask your kids to not to carry the mobile phones and you do not carry one by yourself. Keep it away while eating. If it is lying next to you, you will obviously feel like checking it. Hence it is best to avoid getting on the dining table.

Find out the reason

As a parent, you must know what your kid is doing, but make sure you do not interfere with their personal space. Keep a track of what your child is exactly watching or doing on the mobile. Find out what is it that is making him addicted to it. Is it a game? Is it social media? Or is it the video sites? Whom is he chatting with? Find out the reason behind the increasing demand for screen time.

Do Not Judge but Empathize

Now you know, what they watch or do on the mobiles. Do not judge them on that. Rather sit with them and discuss. Empathize with them, try and find out what interests them.  Kids want to make good choices. Hence help them with it. Tell them what they are doing wrong. Educate them on how they can use these gadgets meaningfully.

No addiction goes in a day or two. However, we know that implementing some of the mentioned tips will give you results slowly and steadily. You will need the patience to see the results. We know it might be tough for you too. Because you have to free yourself first from the gadgets even if your work depends on it. But the child comes first. We prioritize their well being over anything else.