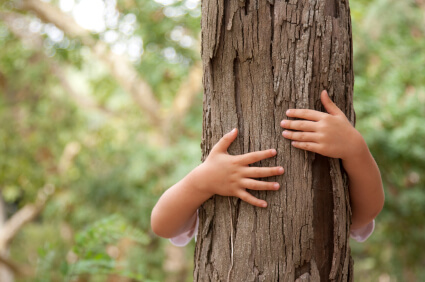 Once, there was a king named Yadu. In the same time, there was a very happy simple ascetic named Dattatreya who lived in the forests.

Inspite of having everything peace eluded Yadu. Once, while on a hunt, Yadu met Dattatreya wandering happily in the forest. Yadu asked Dattatreya the secret of his happiness and the name of his guru.

Dattatreya replied, “The Self alone is my guru. Yet, I have learned from twenty-four other individuals and objects. So they, too, are my gurus.” Dattatreya then mentioned the names of his twenty-four Gurus and spoke of the wisdom that he had learned from each:

1. Earth: Patience and doing good to others

3. Air: To be without attachment while moving with many people

So on and so forth…

The story of Dattatreya illustrates how we can learn from the smallest of creatures around us, if only we stop to observe. Wouldn’t it be great if we as parents, can teach this attitude to our children?

What do you think can be the impact of this approach on our children AND on us? It will be interesting to read your words of wisdom on this thought. May I look forward to your response? If you are too busy to respond, we will understand…