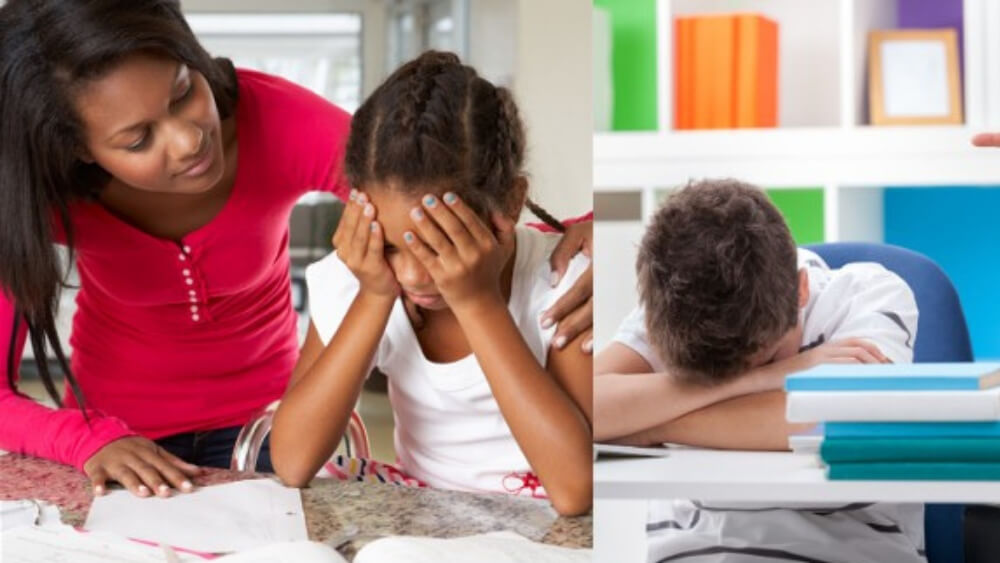 Authoritarian and Authoritative Parenting both sound similar, but are drastically different when it comes to their definitions. Both of these parenting styles have strict rules and high expectations. The differences lie in how parents communicate with their children and how the children are punished.

Out of the four types of parenting styles which are Authoritarian, Authoritative, Permissive and Uninvolved, only one is thought to be best for the child – Authoritative parenting style. The authoritative method is well rounded and beneficial without being too limiting. However, parents will still raise their children in their own ways.

What is Authoritarian Parenting Style?

Authoritarian parenting is defined by high demands and low responsiveness. Parents who adopt such style have high expectations from their children but give little feedback. Mistakes made by the child are often punished harshly. There is one-way communication involved in this style.

What is the Authoritative Parenting Style?

While both authoritative and authoritarian have few similar characteristics like both set high standards for their children and enforce limits there are stark differences in their parenting styles.

Overview of Authoritarian vs. Authoritative Parenting:

Thus, “these are very different styles, different approaches, with very different end goals,” says Alyson Schafer, therapist. “Authoritarian or autocratic parenting style aims to achieve the goal of raising an obedient child by using external control methodologies—they force the child to behave according to the parents’ will. Authoritative parenting style has much higher faith in the child. The parent believes that the child is teachable, and sees discipline as a teachable moment.” These different approaches to parenting, therefore, bring out dramatically different outcomes in the children.

Authoritarian vs. Authoritative – Effects on Children:

1. When Your Child Throws Tantrums:

The authoritarian parent might deal with a tantrum-throwing child by further extending his punishment for acting out or might attempt to quickly ‘hush up’ the child by saying, ‘Stop screaming and making that awful noise!’” Dr. Walfish says.

2. When Your Kids Are Arguing:

An autocratic or authoritarian parent would step in and play the role of a police officer and find fault in one of the children’s transgressions,” Schafer says. “There would be punishment for the transgressor and pity for the child who played the victim role. Thus,  that will actually perpetuate fighting, believe it or not.”

In the authoritative household, the parent will proactively teach their child social skills for sharing and taking turns. Like setting timers, ways to solve conflicts together—so there is going to be more skills training done,” Schafer says. “Parents will trust that with these skills, kids will be caretakers for their relationships on their own. If things escalate, both parties are required to suffer the same consequence.” They both lose until they tell you to plan for how they can share without fighting.

3. When Your Child Lies:

Lying happens more often in an authoritarian household,” Schafer says. “It’s often in order to avoid being punished. If you’re going to spank me, what kid in their right mind won’t lie in order to evade that punishment?” Dr. Walfish says that shaming is often part of the consequences of lying.

The authoritative parent would frown upon the lying behavior, but use it as a golden teaching opportunity,” Dr. Walfish says. “He would teach ‘accountability’ to the child by rewarding the truth-telling, no matter how terrible the confession is.” That doesn’t mean there won’t be consequences for the bad behavior. It’s a balance.

4. When Your Child Is A Fussy Eater:

An autocratic family would force the kid to sit at the table and not leave until they finish their plate, even if it means stuffing down peas and throwing up,” Schafer says. “It’s a brutal power struggle. Or they might just sit there for 2 hours, until the parent gives up in defeat, and lets them leave.”

The authoritative approach would take into consideration that different people have different likes and preferences,” Schafer says. “We’ll try to accommodate variety, but nobody’s time will be squandered—so you’re not getting to custom order your meal.” The parents will expect that their picky eater kids will take enough food and variety to eat healthfully. “There may always be something plain on the table, but also vegetables, meat, other things that are easy to put out. Parents would put energy into noting and commenting on what’s right and good: ‘I see you’re eating broccoli! It’ll make your muscles big.”

If you’re an autocratic or authoritarian parent, you have two tools—either reward or punishment,” Schafer says. “So it’s either, ‘If you go to sleep and you don’t bug me and stay in your room without coming into our bed you can have extra time on the iPad,’ a classic bribe. Or it’s punishment—you lose your iPad time this weekend, or if you come out of your room I’m going to spank you. These are both opposite sides of the same coin.”

In the democratic approach, you know that you can’t make a child go to sleep,” Schafer says. “Depending on the age of your child, you could have a meeting about creating a bedtime routine and doing research to see what’s a reasonable amount of time your child’s body needs, so it’s not about ‘my way, my say.’ For younger children, you might say that if they have trouble staying in their room, you can put up a baby gate to help them do that. You can tell your child, ‘I’m not available to socialize after bedtime, and if you come out, there will be no social engagement with us.’ If they don’t get that interaction, boredom will put them to sleep.

Authoritarian vs. Authoritative Which Approach To Adopt:

Authoritative parenting results in better outcomes in children overall. The only exception is that some inconsistencies in school performance are found in other ethnic groups. Such as African Americans and Asian Americans. Having high standards and enforcing limits consistently may be the reasons why kids with authoritative parenting achieve higher academic results. Another factor is high parental involvement. Authoritative parents tend to monitor children’s homework and volunteer in their schools. Research has found that involvement by parents is directly linked to better school performance.

“Authoritative parenting is the optimal goal because it requires balancing warmth, love, and nurturing with boundaries, setting limits, following through, and taking action to make sure their kids complete their responsibilities,” Dr. Walfish says. “This promotes raising confident, happy, flexible, and resilient children.” In authoritative parenting, there is mutual respect between parent and child, but parents still lead the family and make decisions.

Why you should respect your child? Get answers by clicking on this video!