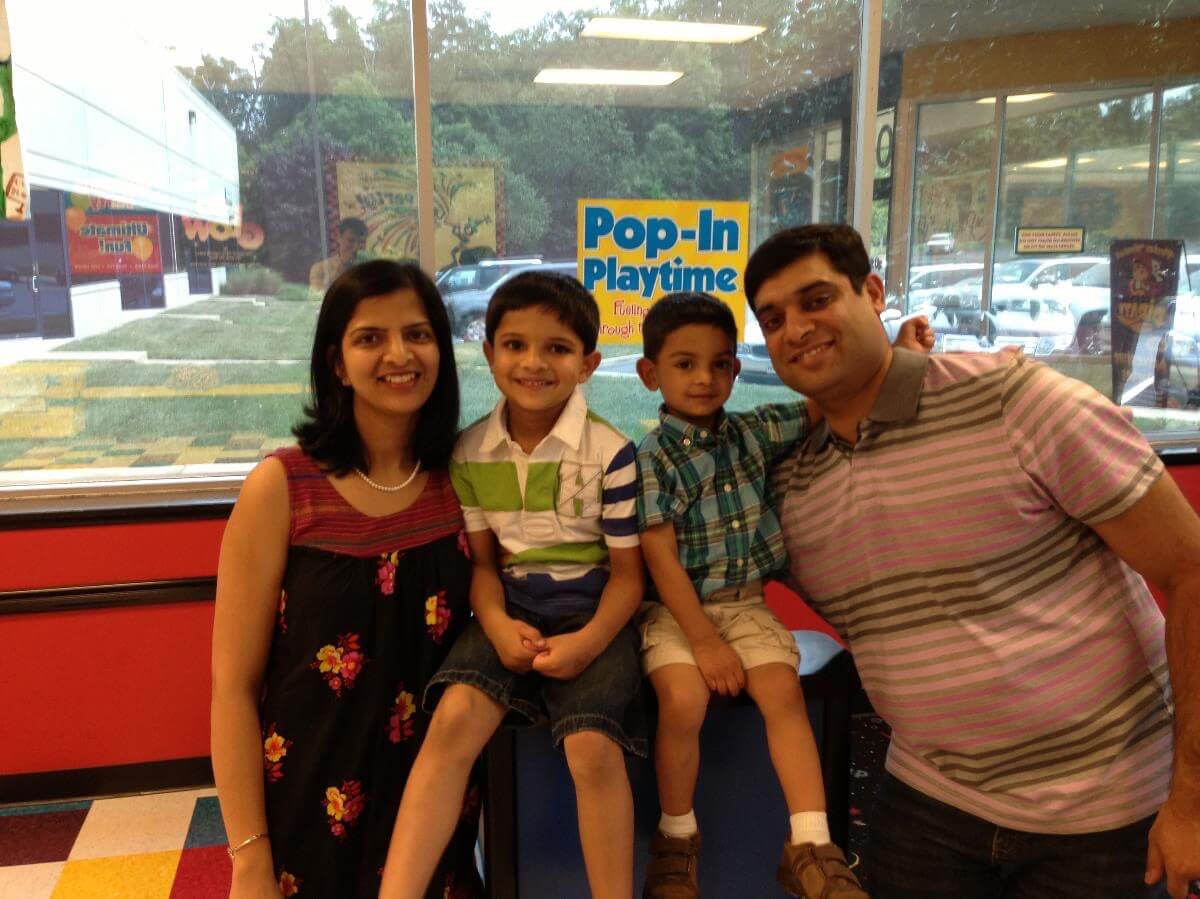 Love you Bhayu,
Hope you are in the best of your health and spirits!
Felt like sharing some thoughts that I have been pondering over ..
We often hear and say to others:
– “do your best and don’t worry/care about the results”.
– When working towards any goal, enjoy the journey and don’t be sad if you don’t reach your goal. You would have gained so much through the journey.
– “Karm karo .. fal ki chinta mat karo” ..(from Bhagvad Gita)
I have been trying to instill the same thought in Arnav for some days and it has not been working. When thinking about it why, I realized something beautiful.
While we say that one should not care as much about the results as much we should focus on the journey/effort, the irony is: this world (including us) rewards results and not efforts. Because it is the result that gets rewarded, it is natural for anyone to get emotionally attached to the result and forget about enjoying and taking pride in the effort that was put in it. In fact, many people might even shy away from putting effort in the fear of not getting the desired result (as they might see their effort leading to nothing). In the process of rewarding results, we forget that results are not completely in control of an individual. It is the effort that they can control. So, why not reward effort instead and result should be a byproduct of the effort?
We set rewards for kids for winning a competition, achieving a certain rank in the class, getting good marks in an exam/test and so on. We think that it will motivate them to work harder and push themselves. What if they don’t get that desired result even after working hard? I feel there is nothing more demotivating than that. Alternately, if we set rewards for effort, I feel they will be much more willing to push themselves as that’s something they control.
For e.g. I have been working with Arnav for an upcoming Spelling Bee. He has always surprised me with his retention ability. He has finished going through the given list of 1000 words with me (in couple of days). When revising/reviewing the words with him, I gave him a set of 100 words and asked him to look at them/study them for as long as wants and then I’m going to test him on those 100 words. If he gets all 100 correct, I will give him a reward. I thought this will motivate him to study those 100 words super nicely. He came back to me within 2 minutes saying he was ready for the test (he had hardly looked at each word). I asked him to start writing the spellings as I pronounce the words. When he got the first word wrong (after 15 words or so), he was disappointed that there goes his chance to win the reward. I had to drag him somehow to spell rest of the words to reach 100. Eventually, he got 80 words correct out of 100. He was sad. I looked at the sheet of paper on which he was writing his spellings, he had written on the top: “No matter what happens, I will get them all correct”. I could feel something getting crushed. Next day, we did the same drill. I gave the list of another 100 words to study and set the reward for getting all correct and insisted that he takes his time to review them well. He again came back ready to test within 1 minute. He got around 80 out of 100 correct.
He was in a don’t care attitude. I saw the sheet of paper where he wrote the spellings, he had written on the top: “don’t matter anymore words .. stupid words!” I was shocked. I felt something is clearly going wrong. I had set the reward to motivate him but this has backfired .. to the extent that he has completely stopped enjoying this activity and doing it just for my sake.
As I thought about how to make this experience of word practicing pleasurable for him and not worry about the result of the Spelling Bee, I realized I need to change my reward strategy. I have decided to reward him for his effort. While the whole world will always reward him only for results, I will reward him for effort and have him witness results coming as a byproduct of his effort till the time he starts enjoying the process of putting effort always. For e.g. For the next 100 words today, I’m going to reward him if he studies those words for a certain time (and not if he gets them all correct). Feeling excited to try this out!
I understand that learning to face failures and bounce back is also important. May be as adults, we are more mature to consciously keep putting effort even when we don’t get results (and don’t get rewarded due to that), but I feel for kids who are just learning how to set goals and working towards those goals, who are just beginning on the journey to push themselves in whatever they do; we need to begin by rewarding their effort and not the result (at least till the time they get used to pushing themselves and experience enough instances of producing results as a byproduct of effort).
Thanks for reading..
Love you millions
Shaffy