The recent video of MS Dhoni and his daughter Ziva conversing in 6 different languages surprised everyone and took the internet by a storm. Everyone had just one question, how was little Ziva able to reply to her father with so much ease and that too in different languages. Well, we could say that since our former Indian captain cool, Dhoni travels a lot and is experienced majority of cultures ‘toh papa ke gunn bacche mein to aayege hi’, but it not because he had the opportunity to travel a lot and explore different cultures, it is his and his wife, Sakshi’s parenting style that has made a difference.

So what does that mean? Even you can train your kids to be bilingual. There is no harm in it. How? Below are some essential tips that will surely create a difference and improve your child’s language skills. One of the greatest gifts you can give your child is the gift of two or more languages. Being bilingual is good for your child’s brain. Read on to unfold!

I am Maharashtrian and my husband is Gujarati, the daycare center speaks English – Ah!! Is my kid getting confused over this myriad of languages? My kid is not able to respond and gets confused over the conversation we do with him/her. It’s just not you, but there are so many parents who have the same dilemma while raising a bilingual child. Take benefit of the bilingual environment in your home and make conscious efforts to help your kids learn the languages.

Myths of raising a child with more than one language: Parents often feel discouraged while raising a child in a bilingual environment, as they think it will lead to speech delays and confusion in kids. It’s a myth. When it comes to higher school education, there are schools who insist on learning other languages which include Spanish, Japanese, French, German, Sanskrit, and Hindi and so on. Below are the most common myths that parents develop

It doesn’t. This is one of the topmost myths prevalent in parents. In fact, toddlers can learn easily and quickly. It depends on how we mold them. Child development expert “Barbara Zurer Pearson” has conveyed in her book “Raising A Bilingual Child” that since birth your kid can figure out the differences between the languages. Your kid may find it tough initially but within 6 months they are easy to grab the language easily. All you need to do is keep trying and have patience.

Some kids start talking within 1 year of their age whereas some kids do not speak till they are two. That’s a speech delay, not a language delay here – Understand the difference.
A delay is a temporary phase and there is no rule applied. The researches indicate that bilingualism has nothing to do with speech delay. Unfortunately, the parents who come up with the speech development problem in kids are told to stick to the one language.

Psychological experts convey that mixing of 2 languages is temporary. Ultimately, it goes away as a child’s vocabulary develops in both the languages and has more exposure to each one of it.

4. Too late to raise your child as bilingual:

If you are thinking that it is too late to introduce your kid with a second language, you are wrong. The earlier the better here – to learn a 2nd language is easy for the kids who are under 10 years of age, even better if they are 5 years. As per the experts, the next best time to let your kid learn a 2nd language appears to be when kids are between 3 to 6 years of age. After hitting puberty, it is tough as child development experts suggest that the new languages are stored in the different areas of the brain, therefore the child takes time to grasp and learn the language.

Ways to raise a bilingual child:

One Person One Language – OPOL is one of the most preferred ways to raise a bilingual kid. The person interacting with the child should be speaking one language while conversing and no other language, otherwise it may confuse the kid. With time, you will notice the child automatically learns to respond in the language which is communicated with him/her.

When each person interacting with your kid is speaking his/her own native language in a native accent, your child finds it easy in communicating in the same tone and language. It’s an easier way to let your child introduce to the multiple languages.
In such a scenario, there will be less confusion for a child to grasp.

The only disadvantage is that if another language is spoken even though on a minimal basis, it makes child seek out to communicate in that language. Hence, for him, the minority language becomes a passive language to which they do understand but are not able to fluently communicate with.

There are no sure shot tips to be exactly followed. It comes out naturally; all you have to do is go with the flow. Your priority should be your kid should not get confused between languages.

Like us for kids is the same – they favor their favorite language, so chances are there that when they grow up they might prefer communicating in only one language and that is perfectly okay.

There are countries that do have an official 2nd language. For example, a country like Canada speaks English and takes up French as a 2nd language. This is where there is a change in frequency in languages at any given point of time hence, parents and children residing in such locations make the transition of languages easy.

Other tips to raise a bilingual child:

When raising bilingual children it is important that you remain consistent no matter which practice you prefer to do. And if you are steady with the rules and guidelines that you are following the chances are you’ll succeed and it will be easy to raise your bilingual child.

Listening to the radio/ television programs will give your kid ample opportunities to learn and communicate in your native language. Preparing your native food and asking help from your kid will induce interest in your kid to learn that language. 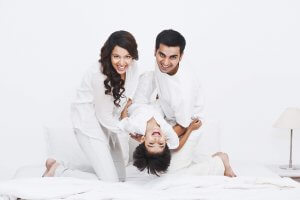 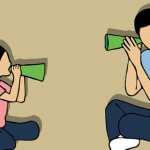 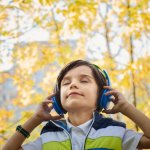 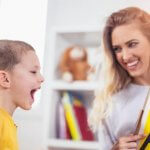 How parents can give speech therapy to kids (at home)?