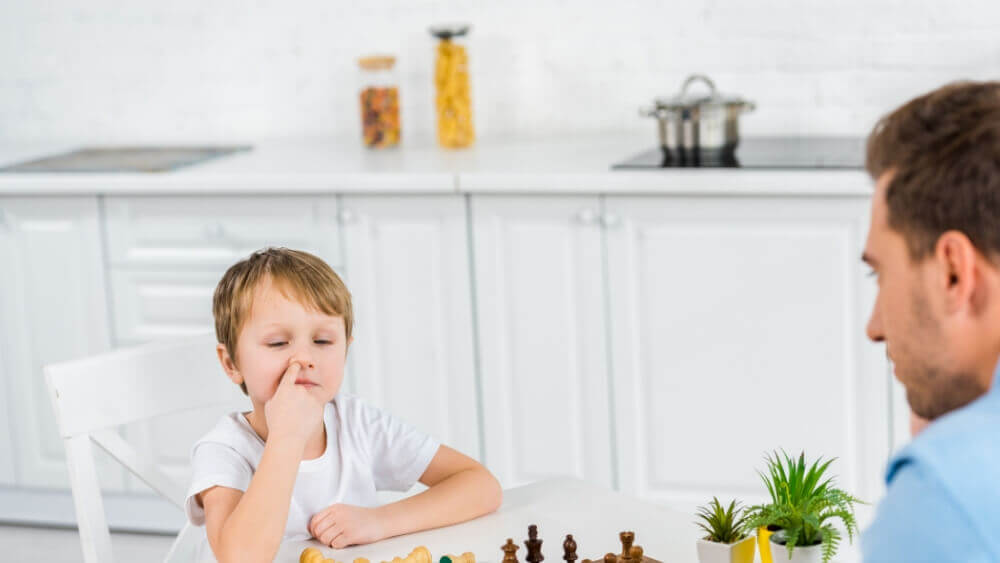 As children grow up, many parents start noticing weird habits or behavioral tendencies in them. Some of them are pretty usual among kids of all ages, such as biting their nails, or sticking their fingers in the ear and smelling the wax and so on. But picking the nose seems to be the grossest of them all. A toddler picking nose is not a new thing but some kids end up tasting their fingers after doing so. It could simply be curiosity or maybe a habit too difficult to throw off.

Nose picking is considered to be a “nervous habit” by many people just like other habits that include thumb sucking, nail biting, hair twisting, and tooth grinding. However, nose picking is not necessarily a sign that your child is overly anxious. Kids usually pick their nose because it has something in it that does not feel right.

The most zealous nose pickers tend to be children with allergies, because the heavy flow of mucus and its subsequent crusting gives them a “something’s up there” feeling that makes it difficult to leave their nose alone. Certain environmental conditions also make kids more likely to pick; if your air-conditioning system is drying out your child’s nasal passages, for instance, he is more likely to have a nose-picking problem.

How to stop a child from picking the nose? 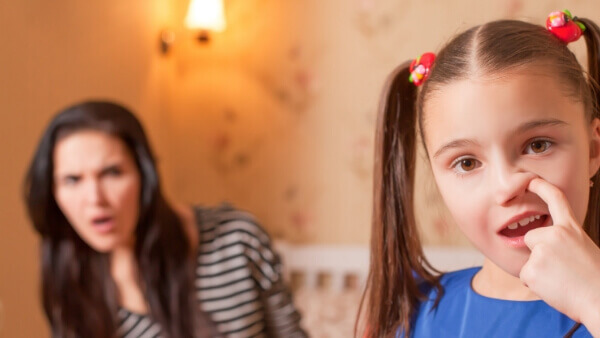 If the act of your kid picking his nose is getting on your nerves, here are a few ways you can handle the situation.

Some children do not even realize they are picking their nose and it becomes an absent-minded habit. Keep calling your child to draw their attention and make them wash their hands after they stop. Explain to them that nose picking is not a clean habit and it can not only cause their nose to be infected, but also spread germs and make them or other people sick.

2. Give something else to do:

Your child’s nose picking habit could stem from boredom or may just fulfill a need to keep busy. If he watches a lot of television or sits passively, try to engage him in other activities. Busy hands are less likely to wind him up in his nose.

Scolding your child is never the right way to stop his habit since he might be doing it unconsciously, there could be some irritation in his nose. If it has turned into a habit, you can take corrective action by using tapes on his fingers so that they do not enter the nose. Keep these acts restricted to home so that he is not embarrassed when he is outside.

It is rare that a simple case of a child picking nose is anything serious, but on some occasions, it can be, particularly if the behavior comes on suddenly and is coupled with something else like bed wetting. Compulsive nose picking, or rhinotillexomania, can be triggered by stress. If you suspect that your child is, a call to the pediatrician might be worthwhile.

If you live in a dry climate or if air-conditioning seems to be drying out your child’s nasal passages, offer him lots of fluids during the day, or try a humidifier in his bedroom at night. A saline (not decongestant) nasal spray may also help.

6. Blow the air from nose or mouth:

Many kids take some time in blowing air voluntarily from either the nose or the mouth and doing so with good force. Breathing takes place reflexively and children barely even realise that they are doing it. Their lung capacities take some time in reaching the point where they can blow steadily and with good force, too. Until then, you can always indulge in small activities or games that focus on blowing air out of the mouth. Let them make an “o” shape with their mouth and blow air on each other.

Once they can blow air properly, ask them to shut their mouth and attempt to blow. This will instantly make them aware of how the air flows out of the nose instead.

7. Teach to use a handkerchief correctly: 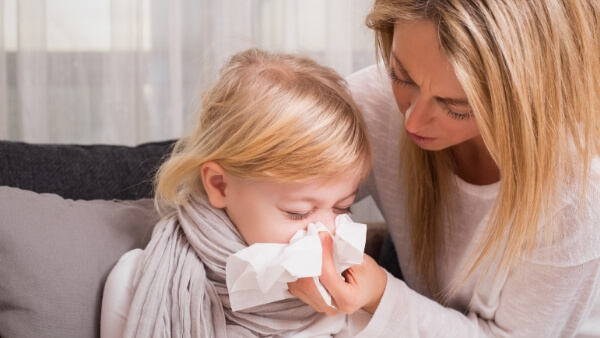 Whether your child can blow his nose correctly or is still learning to do so, it is imperative that he learns to wipe his nose using a hanky or a tissue paper correctly. Blowing the nose will help clear it up quickly, but there might be instances when he could have a running nose, or the mucus finds its way out of the nostril. Your kid might rub his nose excessively with his hands and then interact with other objects, making it even more unhygienic. Teach him how to use a hanky and clean his nose and the part above his upper lip. Let him try it out on your nose as well and understand how to clean it up.

Some children might have trouble coordinating their hands and face together in the right way. Teach your kid to start from the bridge of the nose and run his fingers down to the tip. Once he is there, he can use the hanky to rub all the areas close to the tip slowly.

Kids picking nose: Is that normal?

Picking nose among kids is absolutely normal. It is a tendency that every kid ends up doing and some adults do it as well. Our nose is extremely sensitive and any irritation that is felt in it needs to be eliminated immediately. The quickest way is by using our fingers. Yes, our society deems it impolite to do this in public, but some children do end up crossing the line by eating the mucus that comes out of the nose. This is where things go from normal to absolutely gross.

Nose picking also causes a certain amount of anxiety for some parents, who may be silently screaming: “Isn’t it bad for their health!?” Well, no. Not actually. In fact, there is very little evidence that nose picking is harmful unless it is connected to profound and very rare psychological conditions like a desire to eat the inedible (pica) or pathological nose-picking (rhinotillexomania). Parents can rest assured that nasal non-interventionism does not put kids at risk. It does, however, threaten the bottom of couch cushions.

When should you worry? 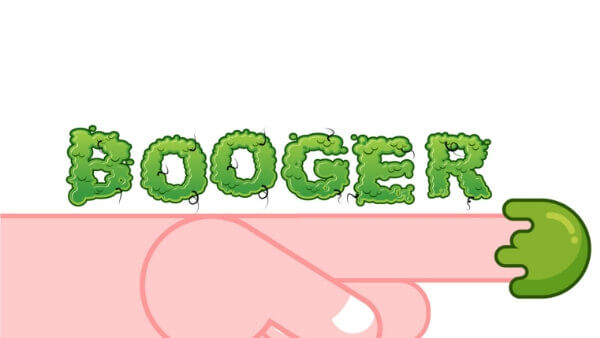 If you spot your kid picking his nose and eating it, teach him to stop doing that as soon as you can. But if the picking of nose results in nose bleeding or your child seems to be in discomfort, it might be that he might have put an external object inside and is having trouble in breathing. Contact your kid’s physician as soon as possible in case of serious situations.

Closing thoughts:
Nose picking in preschoolers is quite rampant and is not a cause to worry. Gradually, over the years, by observing others, your kid will get rid of the habit by himself and learn to clean his nose while bathing or in private. Do not shame your kid for doing so and let him be a kid while he still can.