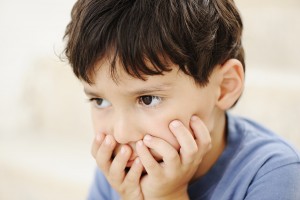 In a dingy hut, next to a dingy alley, a small boy Joseph sat alone and hungry. Suddenly, the door burst open and his drunken father stumbled in. He violently beat Joseph until he became tired and staggered away.

This was a typical night in the life of young Joseph. He grew up to be the infamous Joseph Stalin.

Some say, his childhood beatings did more than shape Joseph’s character. They made a young boy more heartless than his abusive father.

What do you think my dear?

In your childhood, were you beaten often? Anonymously, would you like to unburden yourself? Would you like us to reach out to you and help you in any way?

We are inspired by the words of Sadhu Vaswani…

“Did you meet him on the road?

Did you still leave him with the load?”

Talk to us. Write to us. We will help you become a stronger parent, freeing you from your emotional burdens.